Acrow props were first introduced in the 1930s by a Swiss gentleman called William de Vigier. His idea for a more stable and stronger prop to use in construction seemed to him to be the way forward for the construction industry. At the time, not everybody agreed with him, but 80 years later Acrow props are used all over the world, and are as common a sight on a building site as a hammer or a saw. Why William de Vigier’s idea is a great one isobvious to builders, but not so to the layman. Here are a few reasons that Acrow props are now the leading building support in the world. 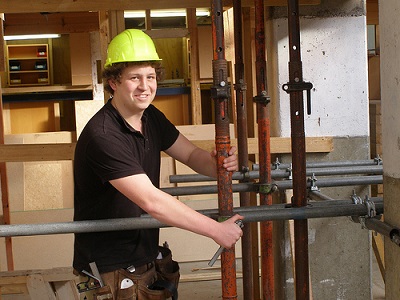 Before Acrow props took off in the building trade, supports for walls, ceilings, doorways etc. were usually made of wood. However, with the introduction of Acrow props and their steel tubing design, wood started to be phased out. As strong as wood could be, builders knew that a shake in the middle of a wooden section could weaken it in the same way that insect attack or simple decay could. Metal was stronger and less prone to faults, and steel is still the material of choice for supporting buildings.

Initially Acrow props were only designed for vertical support, and they actually lost a lot of their strength and reliability if used at an angle. This changed when the problem of angled support was looked at. You can now buy or rent Acrow props that have tilting bases, and are as reliable as they are when supporting vertical forces. Acrow props can also now be coupled to scaffolding to support all manner of projects, and this has greatly added to their versatility.

When William de Vigier was designing his first props, he was building in a precision that would make them attractive to many users around the world. The interconnecting steel tubes can be adjusted roughly using a simple hole and pin mechanism, but it is the fine tuning that attracts the Acrow prop to so many users. The external screw thread gives an Acrow prop the ability to be adjusted within millimeters of the required height, and this ability makes it perfect for so many building jobs. Packing a support to the desired height is a sure way to put yourself into a dangerous situation, but a finely adjusted Acrow prop does away completely with the need for packing, and has been a Godsend for builders everywhere.

The reliability of Acrow props is known worldwide, and though pale imitations may be found, no self respecting builder would use anything but an Acrow prop. Well made, to high manufacturing standards, and having 80 years of experience behind them, Acrow prop is a name synonymous with strength, accuracy, and above all, reliability.

If you want to be safe when working in a building that has a roof, wall, or even a lintel supported, you are going to need to be using an Acrow prop. It gives the peace of mind that only the best can give.